A visit with the Matsui Hideki Baseball Museum 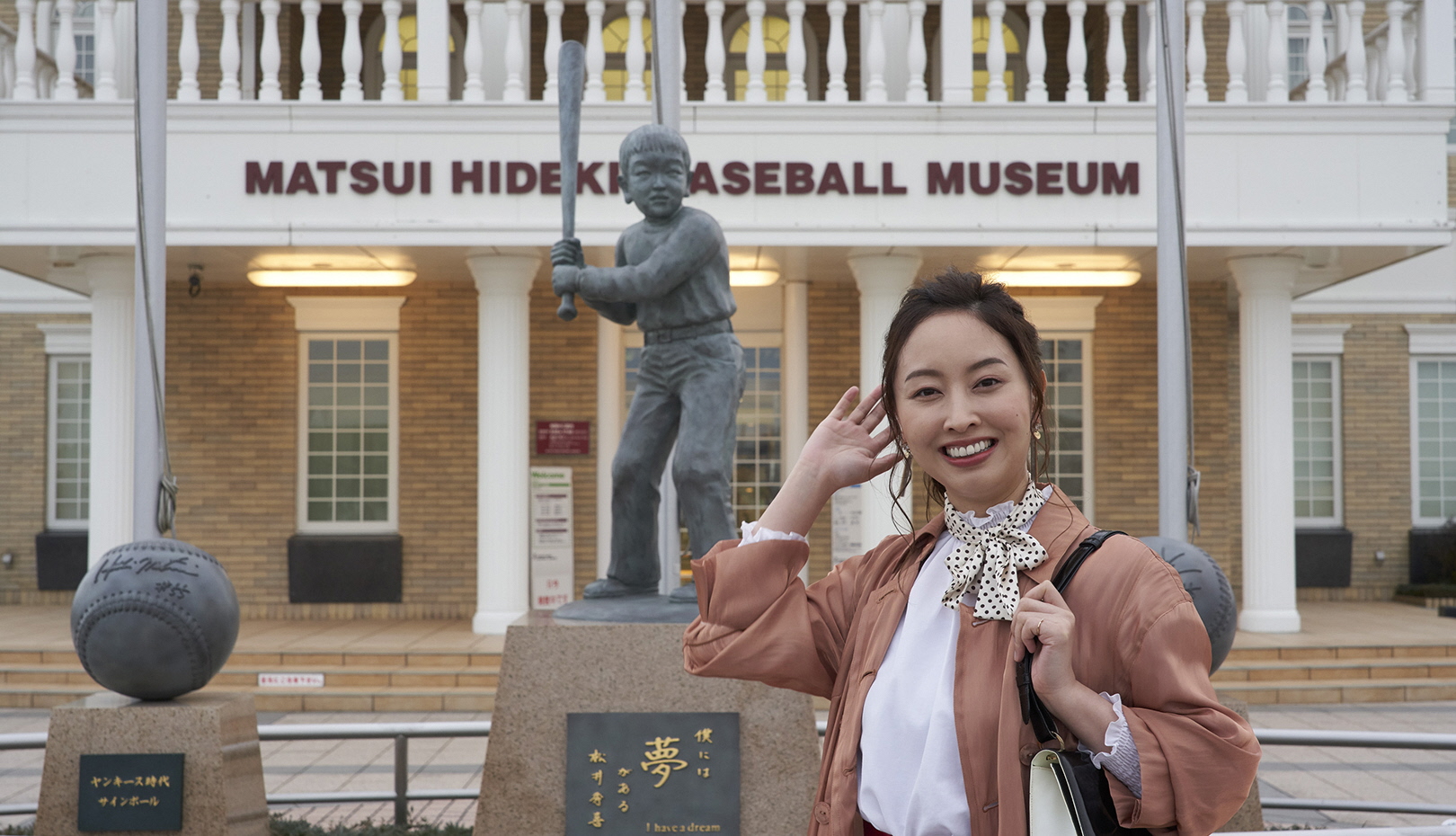 This museum commemorates the footsteps of the Nomi City native superstar from his childhood through retirement from the major leagues at the end of the 2012 season. His strong belief that “Because I love baseball; Because I want to play baseball” carried his will to continue to look ahead and through his participation, show others how impressive baseball can be. Mr. Matsui, who was awarded the National Honor Award in his later years and has been thrilling baseball fans in Japan and the United States for two decades, is not only a baseball lover, but has a strong belief in earnest efforts as a way of life. Many people share in this attitude, and now he continues to have a wide range of fans that support him.
At the entrance, Matsui as a boy with a bat welcomes you to the museum. Inside the museum, you will meet the matured Matsui of his major league era. 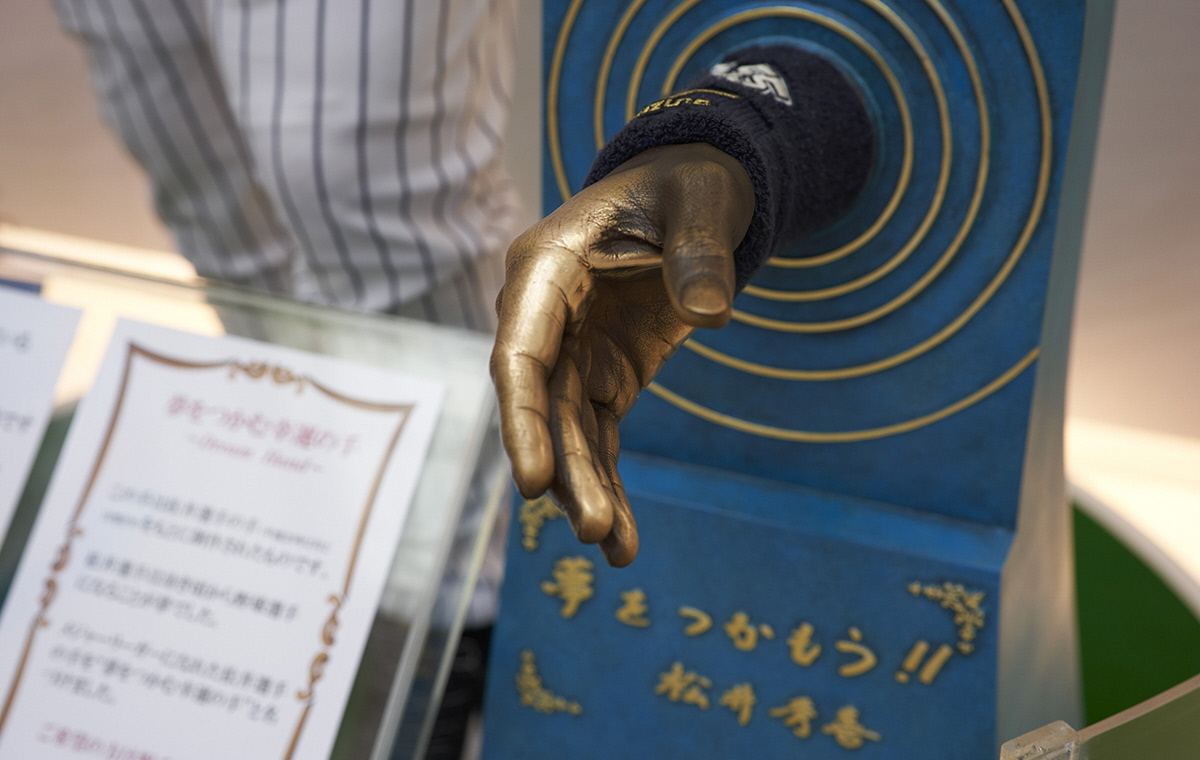 At the entrance, you can shake Matsui’s big hand. (photographed November 27, 2019)

As you excitedly enter the museum, there is the elementary school boy Matsui with his bat. His father must have felt something with the great insight of that appearance. What is surprising is that at the time, he was not only brilliant at baseball, but also held outstanding results in sumo and judo tournaments. The medals below are not only from baseball, but also from sumo and judo. Then, the memories from Seiryo High School where his superstardom began and the game of 5 consecutive intentional walks, can all be remembered as if it were a recent event. Finally, as you turn the corner, the entire wall is lined with trophies and memorial shields awarded during his Yomiuri Giants era. Matsui’s greatness can be recognized once again. 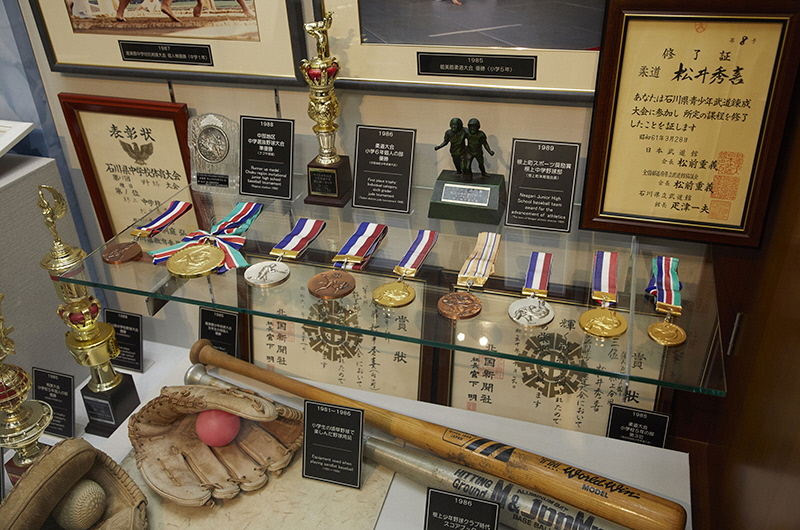 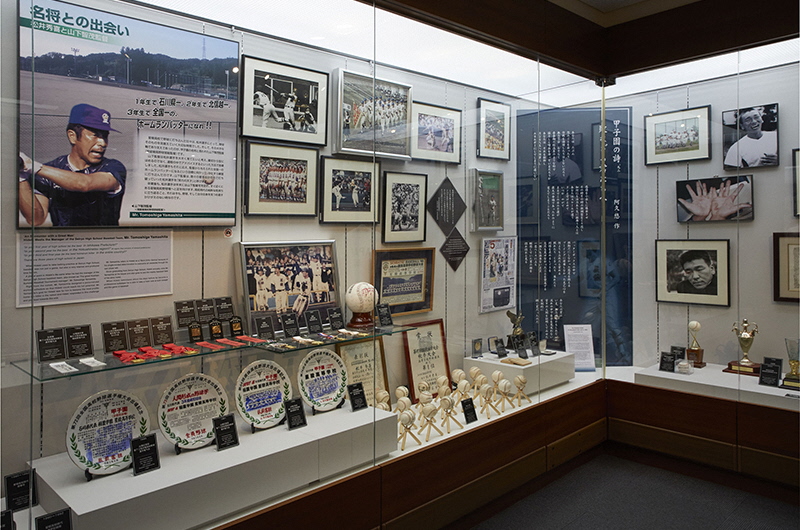 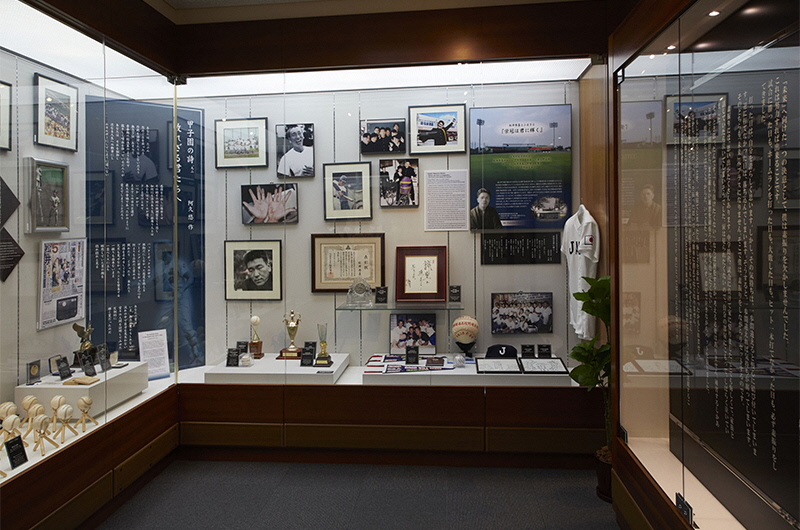 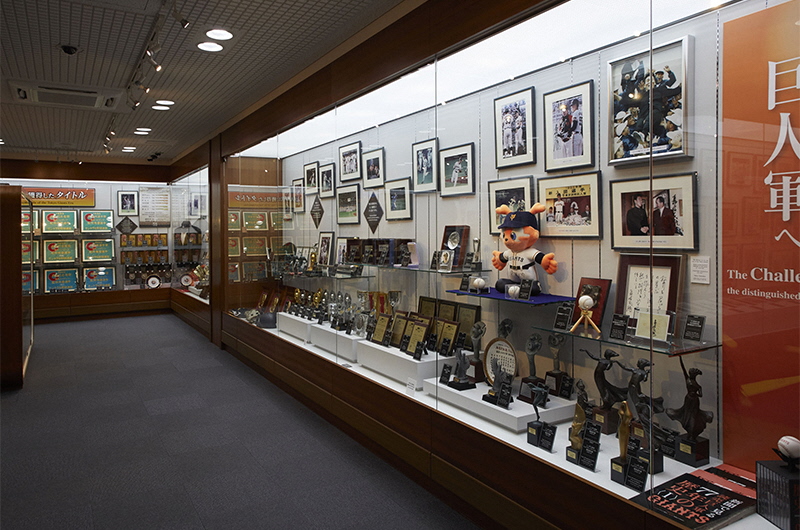 Then, after much thought, he decided to leave the Yomiuri Giants. He announced to take on the challenge in the Major Leagues in 2002, two days after four consecutive Japan Series wins. “Playing for the Majors is a selfish pursuit.” “I am truly sorry to all the Giants fans.” “I will play with all of my heart because I have made this decision.” Mr. Matsui’s thoughts of putting his fans first is strongly conveyed through such comments. 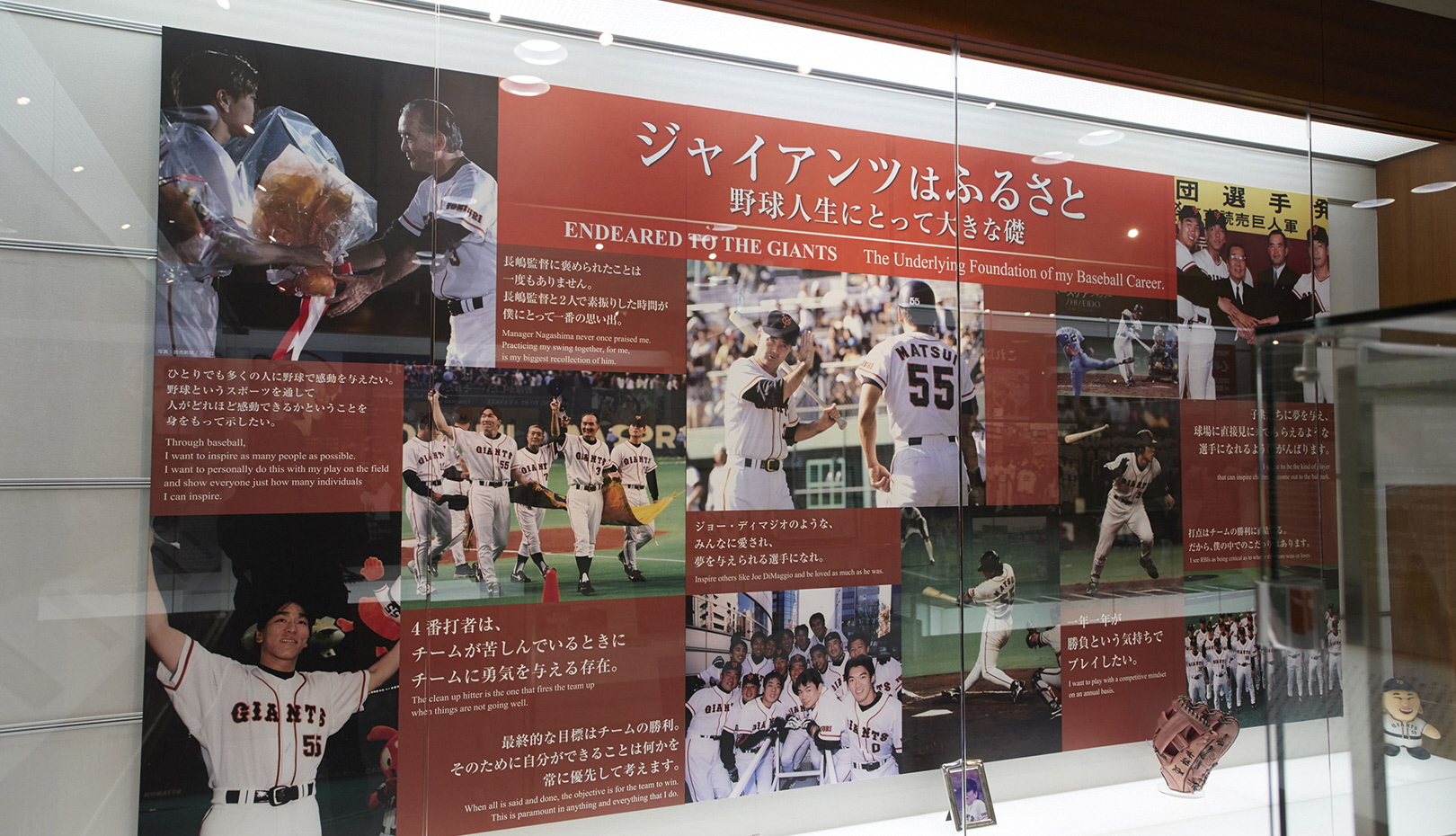 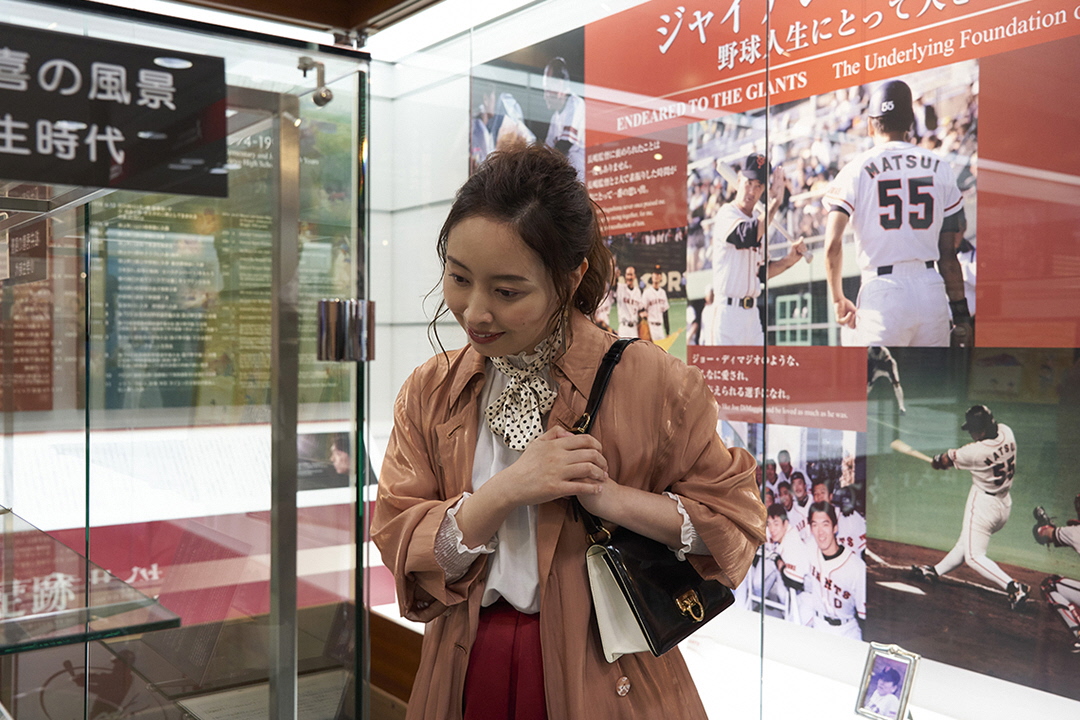 Finally to the third stage, he joins the team he always admired, the Yankees. The little boy Matsui with his bat, who said “I have a dream” was now finally realizing that dream. Wow! That is truly great. That is super cool. 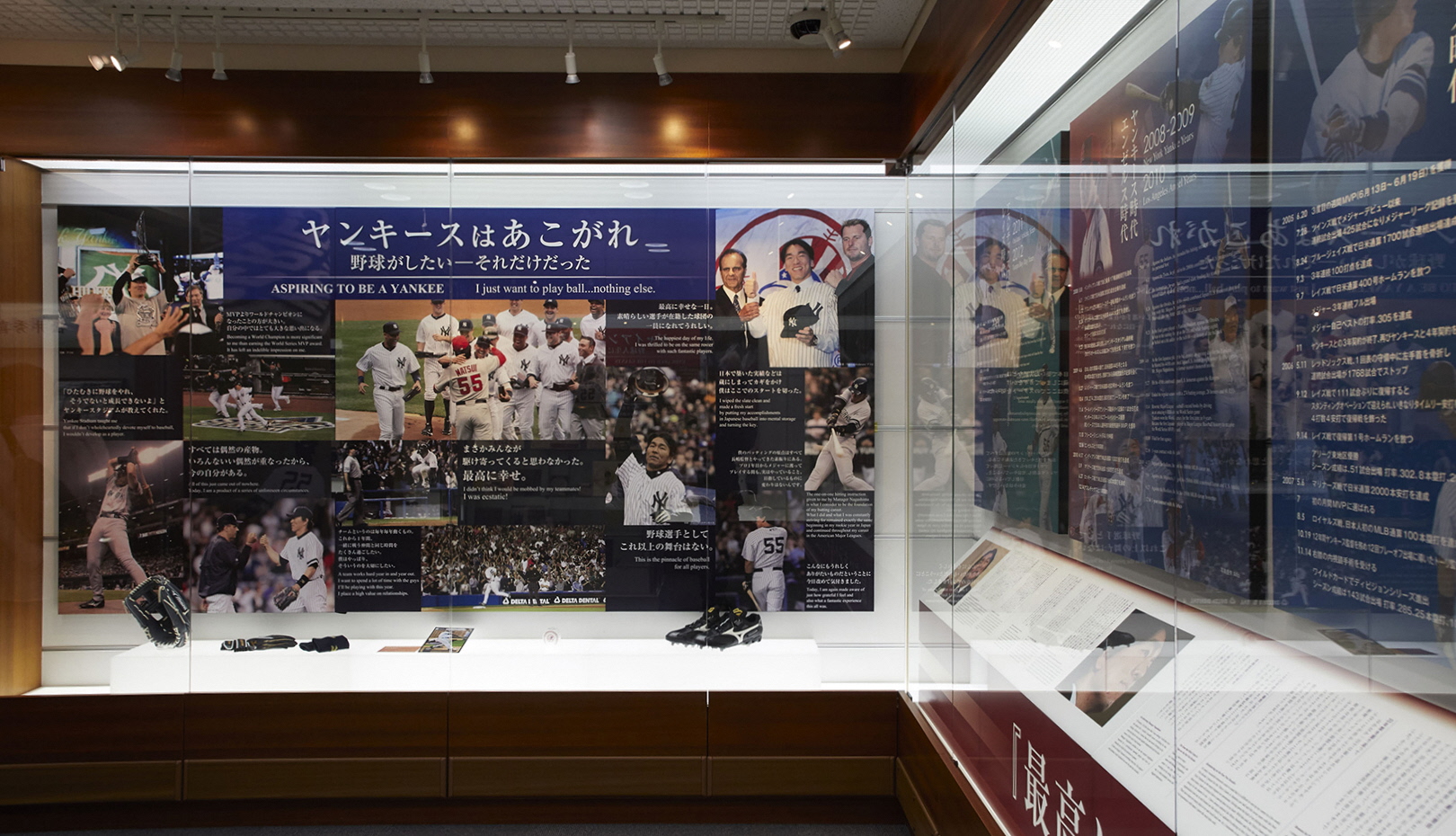 In the middle of the museum is a life-size figure of Mr. Matsui in a trench coat with Yankee Stadium in the background. This is a photo spot, and you can take a photo making it look as if you ran into Matsui just outside Yankee Stadium. 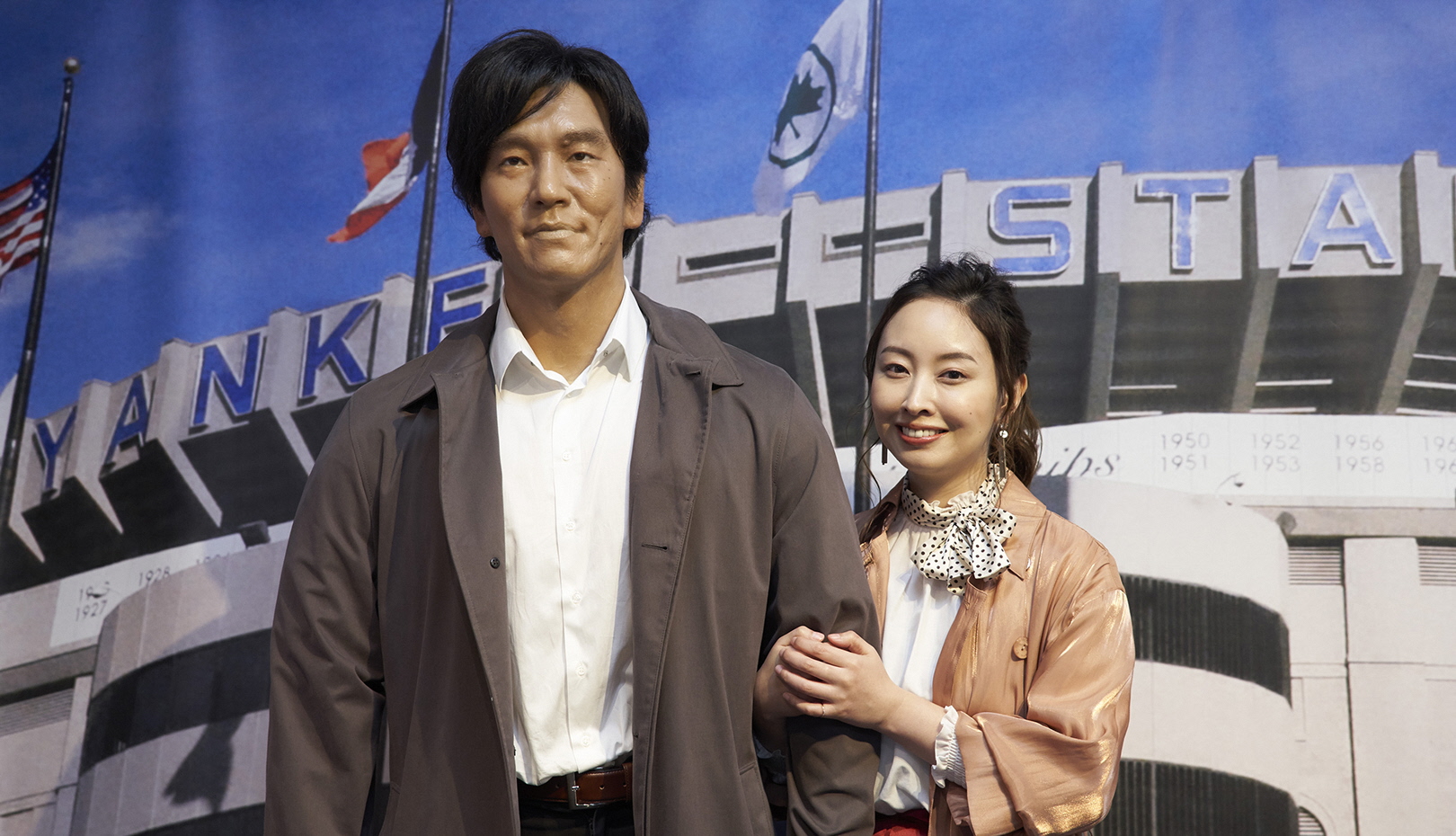 Memories of the New York Yankees. Matsui met his lifelong friend, Derek Jeter. Matsui’s attitude gained trust and respect from many people. The edited video of his famous scenes is also available with English subtitles, for everyone to enjoy.
The 507 homeruns for both Japan and the US are the best part! The “Hideki Matsui Home Run Card” made each of his homeruns into an individual baseball card. The display of the entire collection of cards on the wall, which is proof of his decade in Japan and his decade in the US, shows how much of an impression he made through the sport of baseball. That lifework will surely make an impression on you. Next to that are “Matsui Quotes” that display his response to interviews. Reading each quote overlapping with each of his achievements paints a clear picture of his personality. When looking at the entire line of uniforms, from the elementary school boy in the entrance lobby through to his last team, the Rays, although he has retired as an active athlete, he makes a deep impression that he is a person who constantly achieves new dreams and now goals. The adjoining souvenir store is filled with goods such as T-shirts and pre-packaged curry that tastes just like his mother’s. Many people have written books about Matsui and many books he has written are also available here. Mr. Matsui is a booklover. 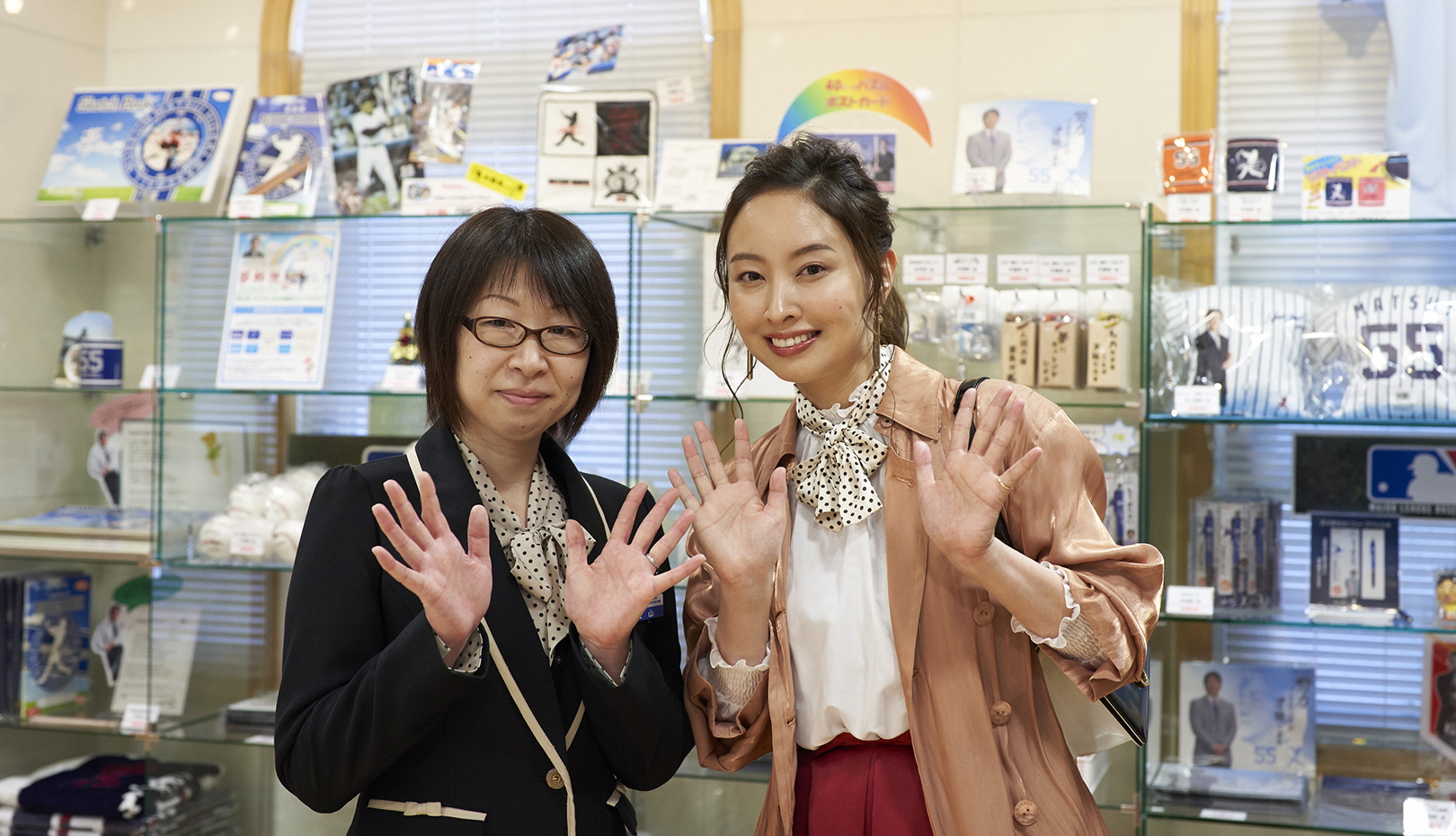